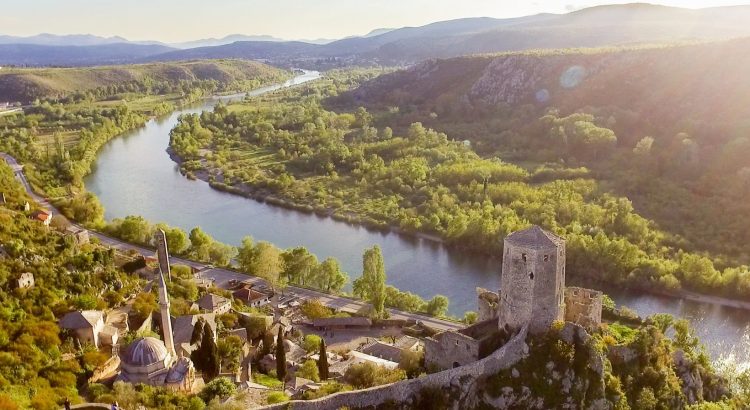 I relatively recently purchased a drone, DJI Phantom 3 to be more specific, and was blown away with the possibilities presented because of the thing. I started lugging the drone with myself almost everywhere, including my recent trip to Dubrovnik, Croatia. Needless to say, I got some great footage there, but on our trip back to Sarajevo, I insisted on taking a break in beautiful medieval town of Pocitelj so I can film it from the air.

We parked the car and went straight up the old medieval stairs and entered Pocitelj mosque’s yard. Inside the yard, this guy was selling souvenirs (not a place for trade in my opinion). After we prayed, I assembled the drone and took off. This guy approached me and said

You came here to ruin our family atmosphere with that thing.

That fired me up and I almost yelled at the guy for being a dick. I swear if he asked politely I’d reconsider and probably even give up flying the drone. Anyways I became very nasty, and decided to move away from him so I’m not tempted to strangle the idiot.

We went back to the parking space at the town’s footstep and I fired the Phantom again. Went through 1.5 batteries but ended up with little useful footage, as my remote controller connection kept breaking up while trying to do circular shots around the town as the distance was to big, and there was no line of sight between me and the drone when drone was behind the hill. Video above is what I managed to cobble up together in post production in 10 minutes.

However, people received the video very well hence I decided to start a youtube channel dedicated to my video shots of beautiful places.

While you’re here, check out 5 great tips for starting out with a camera drone.

Here’s a cute little inexpensive camera drone for you, if the Phantom is just too much.