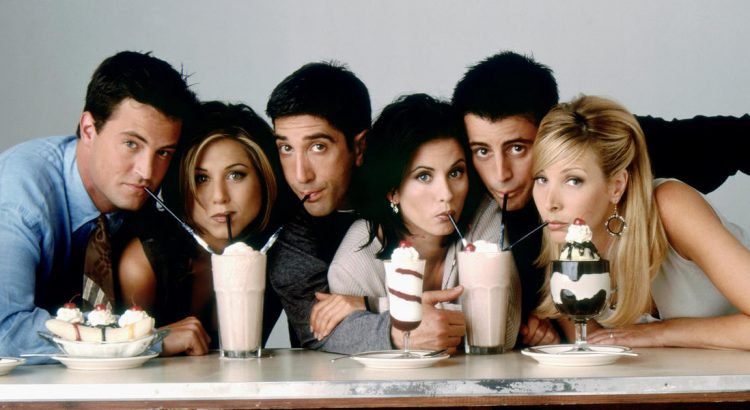 Let me give you a disclaimer upfront. If you’re not fan of the TV show Friends, you probably won’t care about this :D.

Do you remember episode 22 of season 6 of Friends? The one where Paul’s the man? If you do, keep reading, I bet you’ll be surprised just as I was moments ago.

It’s an episode in which Ross takes Elizabeth to her dad’s cabin, but unexpectedly he shows up at the house with Rachel. Well that’s at least the main story of the episode. At the same time, Joey has gotten a lead in a new TV show, “Mac And Cheese” and he pays a visit to a local dry cleaner. The dry cleaner’s walls are decorated with pictures of all the celebrities who are the cleaner’s customers, and Joey was hoping he’ll get back up at the wall since he is starring in his own show. Store owner refuses the request arguing that the show is not airing, and Joey offers to him bringing him a tape so he can check it out. 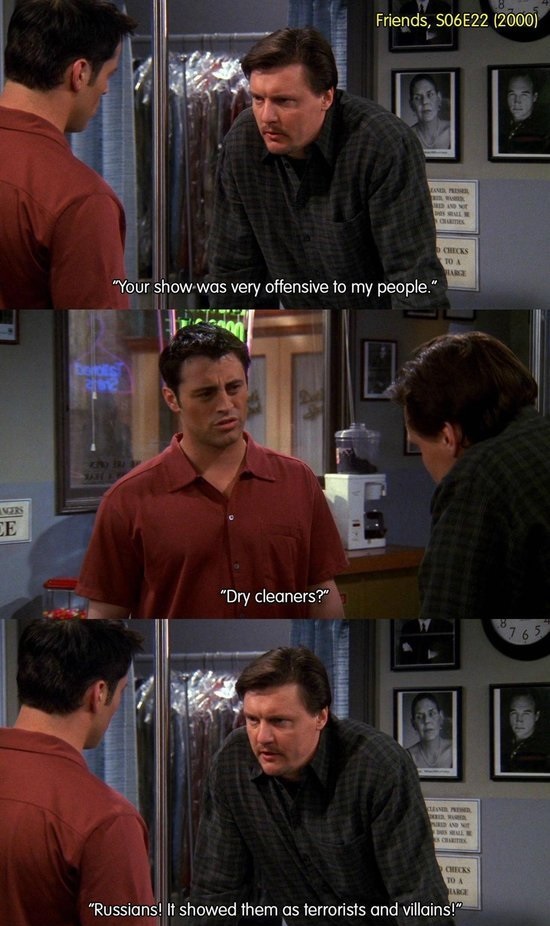 Fast forward to the present. I’m watching Air Force One right now, as I type. I have already watched it before, but it was looooooooong ago, and probably only one time since I don’t remember a lot of it. I’m not going to elaborate plot of the movie here. If you haven’t watched it, this is the movie. In a nutshell, Air Force One is being hijacked by a group of neo Soviet radicals. About 40 minutes into the movie I saw a very familiar face on one of the terrorists. Even though at first it was for a very brief moment I unmistakably recognize the dry cleaner from Friends, portrayed by Ilia Volok. 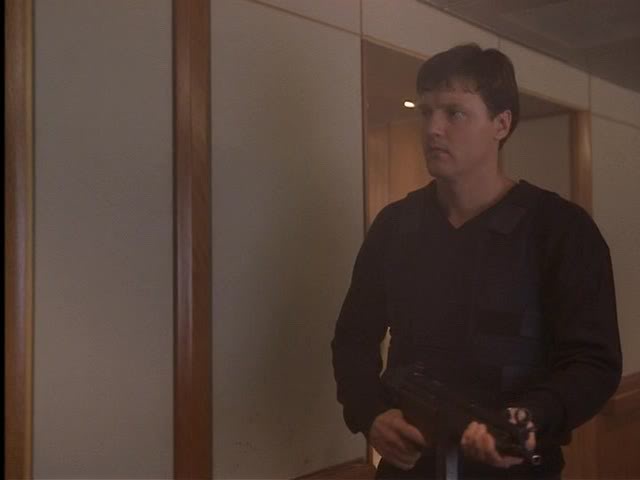 Let me rewind back to the Friends episode so I can explain why this was hilarious for me.

After he (the dry cleaner) watched the tape he got mad at Joey and refused to put his picture up because “his people” were portrayed as villains and terrorists. BTW the store owner was very obviously Russian. Joey argued that there’s a picture of Harrison Ford on the wall and he starred in the Air Force One, and Russians were bad guys there too, and he argued that Harrison’s character also killed bunch of them. He then asked the owner if he ever watched it. The owner said “No!”.

Now come on, my writing does not do the anecdote a favor, but it’s damn funny nonetheless.