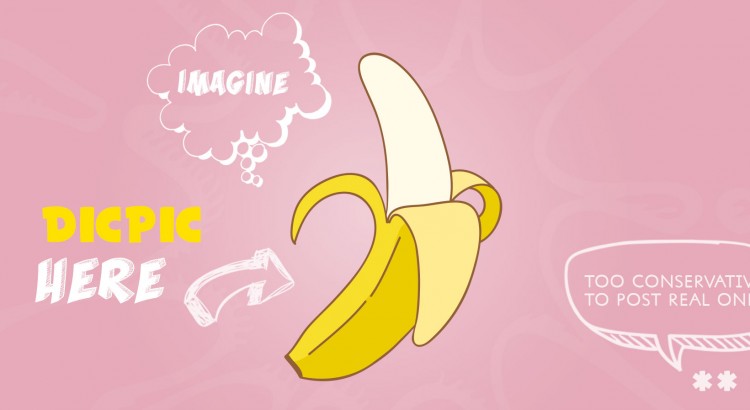 I’m a hobbyist photographer (and I started messing with audio and video too lately), and I’m watching this weekly photography webcast/podcast, FroKnowsPhoto Rawtalk, on regular basis. In the podcast, there’s section called Photo News, where one of the guys, Stephen, reads photography, video and audio related news from the past 7 days, and then they discuss them.

Few weeks ago, he mentioned this girl who “takes dicpics with an artistic twist”. Basically she dresses her clientele’s penises, draw on them, put makeup and props and make them look like people, or cartoon characters. BTW, all penises are erect in her images, and I can’t help myself but imagine how awkward is the whole experience of maintaining erection while she’s tuning her lighting and shooting genitalia, or how seriously weird her clients must be if they don’t find that awkward :).

Anyways, I naturally went and checked the site out :D.

I actually thought it’s a joke or something so I was curious, but I quickly found that it was no joke and she has a very serious gallery of people’s “junk”. However, on the second image in the gallery I saw something that may seriously offend a huge number of people, and because it did not seem intentional in any way, I decided to send her an email and explain it. Before I sent her the email, I made a screenshot of her gallery page and saved it to my HDD, just in case.

For the record, she was very considerate, and she quickly retouched the image after I sent her the email and blurred the troubling part out.

At the time, I just got my hard drive replaced so I did not have any images on it, except for the above mentioned screenshot, and I was working on users and roles handling page on our client’s app. I think you can already see where this story is going…

I decided to use this image as a role image while testing newly developed features, as we’re doing all the development on our local environments. I certainly did not expect my teammate to start laughing at me hysterically few days later, as he found the image uploaded to our client’s TFS!!!

Somehow, the damn picture got committed and pushed to the git repository. Luckily all the references in the VS project to the image were deleted, but the picture sat there, on our client’s file system for days. We eventually deleted it, but if anyone checks out older code revisions they still may find it. Luckily our client’s team is very relaxed and easy going, they have great sense of humor, and I don’t think they’d make any fuss about it even if they found out about this, but at the office……

Imagine the embarrassment and amount of teasing I received at our offices because of this. I should’ve known better.

Found this story funny and interesting? Checkout how this woman’s name caused massive data processing failure at a large telecom operator (although this one is not mine).

2 thoughts on “OMG, I uploaded a bunch of (not mine) dicpics to our client’s server!!!”