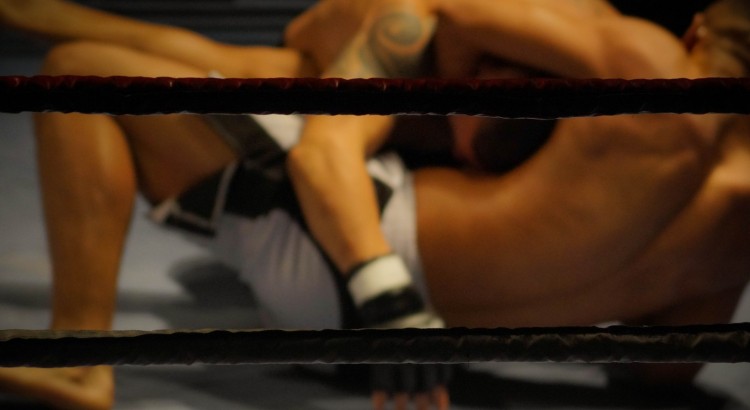 I attended the first BFC (one of many UFC clones today) event that had been held in Sarajevo, Bosnia and Herzegovina. I’m an outgoing person and really like to events. The last year, I was at the Wimbledon. There, I bought the racquet I had been eyeing for long on www.tennisracquets.com/collections/wilson-racquets. Either way, for this event, I went with my brother, and we did not expect much from the brand new organization on relatively small budget. We mostly went because of the main event of the evening, a match between two former great UFC fighters, Denis Stojnic and Rico Rodriguez. Little did we know that main event will be a total fiasco (referee F-ed up everything, Rico almost beat him up), and this other fight will be a BOMB

It was a heavyweight match-up between an Albanian guy fighting for Golden Glory team from Netherlands vs Mirko Mirosavljevic from Serbia. Now, for those of you who don’t know, Albanians and Serbians don’t like each others and they have a lot of things to settle between their respective countries. We expected a lot of aggression on both sides, but considering we never heard of these two (and we’re both into MMA), as well as fights leading up to this one, we did not expect quality nor excitement for that matter.

WE WERE SO WRONG ABOUT THE LATTER!!!

Here, I’ll shut up now and let you enjoy the video, instead of me typing.